Leicester City star Caglar Soyuncu’s impressive form this season has not gone unnoticed by the data analysts at EA Sports.

With the major European transfer windows closed, ES Sports have delivered a FIFA 20 updated to mirror current squads ahead of the second half of the season.

EA have also updated the stats and ratings to reflect the performances of players in the first half of the season.

Caglar Soyuncu has seen one of the biggest improvements to his rating, going from 74 up to 79.

The Leicester City defender has already made 117 clearances this season leading him to being bumped from silver to gold in FIFA 20. 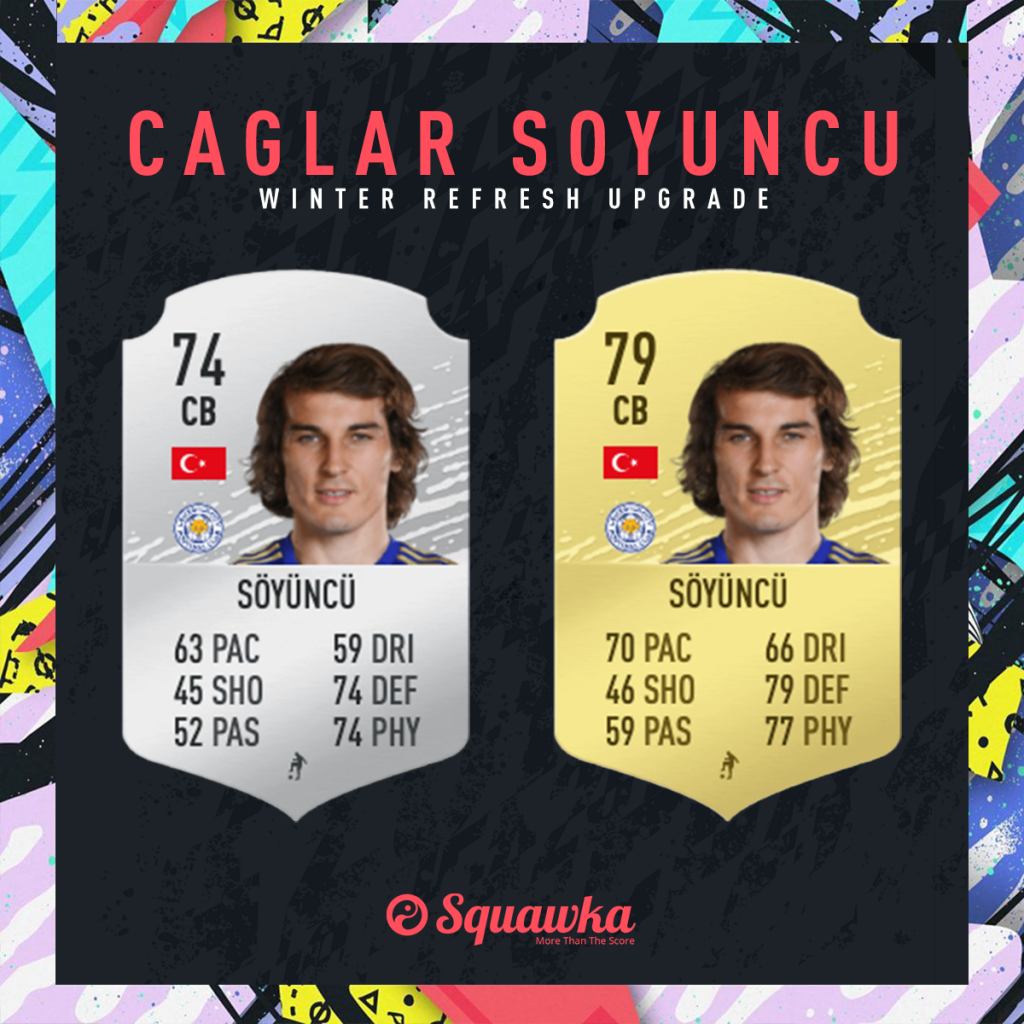 Soyuncu has been ever-present in Brendan Rodgers starting eleven this season featuring in 25 of Leicester City’s 26 Premier League games.

The powerful centre-back has three-years remaining on his contract with the Foxes.

Soyuncu is expected to be back in action with Leicester City when they take on Man City this weekend.