Arsenal ace Mesut Ozil made one Gunners fan’s dream come true over the weekend by inviting him to watch the game from his VIP box.

The 31-year-old played a key role in his sides 3-2 victory over the Toffees on Sunday at the Emirates stadium.

Jake Lee was Ozil’s special guest at the game. The 17-year-old was diagnosed with a brain tumor in January 2019 and has had to endure surgery, chemotherapy and radiotherapy.

Jake’s treatment is ongoing and he remains positive that his illness has not stopped his love for football.

Ozil’s wife Amine Gulse was also in the VIP box and presented Jake with an Arsenal shirt. 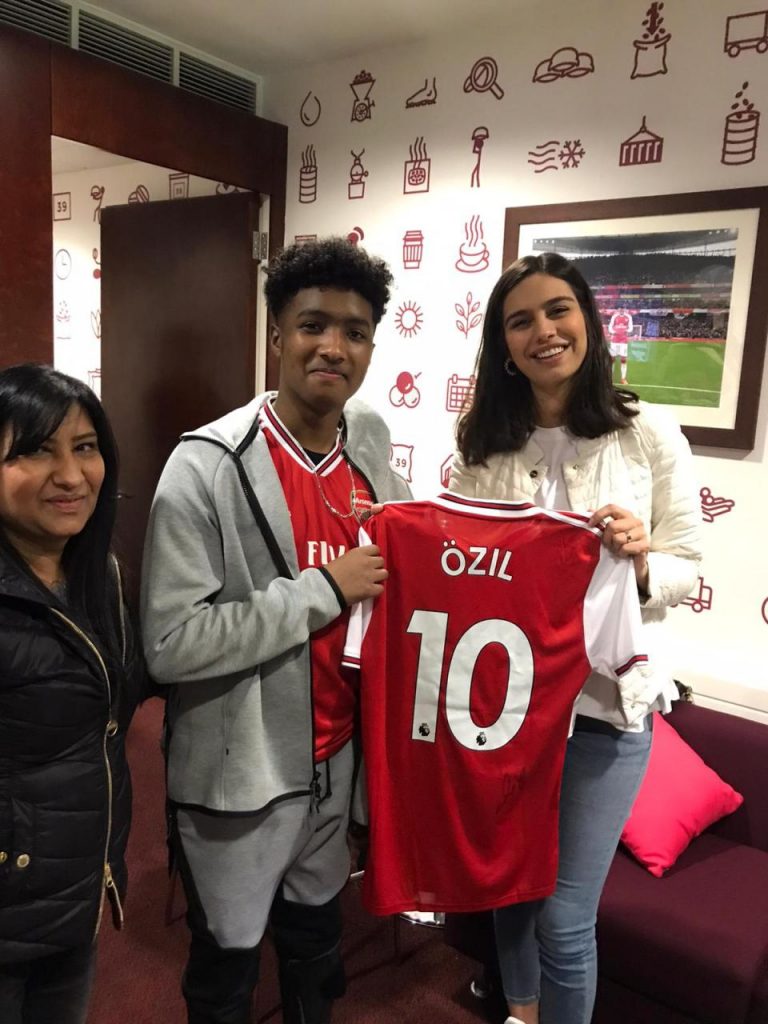 “Jake lives, breathes and eats football. The wish was absolutely incredible and beyond all our expectations,” Jake’s mum Bal Sandhu was quoted as saying by the Mirror.

“We had a great day and felt very spoilt. Jake was the happiest I have seen him in long time.

“Ozil’s family were so lovely and kind to us. We are so grateful to you all for a truly memorable day.”

Ozil is an ambassador of the Ray Of Sunshine charity which looks to brightens up the lives of seriously ill children aged three to 18.