The Devils Overrun Jesus (The Win of Man-U Over Arsenal)

Gabriel Jesus believes the Gunners deserved a better performance against the Red Devils at Old Trafford on Sunday in the Premier League sixth matchday. The 25-year-old Brazilian believes Manchester United may be pleased with their 3-1 victory over Arsenal on Sunday, but the visitors were better than them. Arsenal’s undefeated start to the season ended thanks to a debut goal from Antony Santos and two goals from Marcus Rashford, making Bukayo Saka’s equalizer unnecessary.

Bukayo Saka scored near the hour mark of the encounter at Old Trafford to cancel out Antony’s first-half goal and give Mikel Arteta’s team hope of making it six wins in a row to start the Premier League season.

The Red Devils’ recent resurgence carried on with a fourth consecutive victory thanks to a brace from Rashford. Just like playing casino slots online, the Manchester United vs. Arsenal clash on Sunday 4th was thrilling to watch.

Jesus, a striker for Arsenal, felt his team was superior on Sunday, calling United’s victory “undeserved” and expressing “frustration.” The Brazilian forward said: “It’s frustrating since we were the better team and still managed to lose by two goals.” “We’re disappointed because, in my perspective, we played well enough to have won. But, hey, that happens in football. If you don’t go in there and kill, there will be a major issue, and that’s exactly what happened.”

After the Red Devils ended a flawless start to the Premier League season on Sunday, Arsenal forward Gabriel Jesus is confident the team can bounce back stronger than before.

Arsenal failed to win their first six Premier League matches for the very first time since 1947-48, despite dominating for a long time.

With Bukayo Saka’s goal just before the hour mark, the Gunners were able to draw even, although they have now won only one of their last Sixteen Premier League meetings at Old Trafford (5 draws and ten losses).

The Gunners still sit atop the League standings, and the Brazilian forward thinks they may learn something from their early season reversal.

Gabriel Jesus has now played against Manchester United 10 times in the Premier League. However, the Red Devils are among just three teams he has yet to score against in the league. The others are Brentford and Cardiff City. 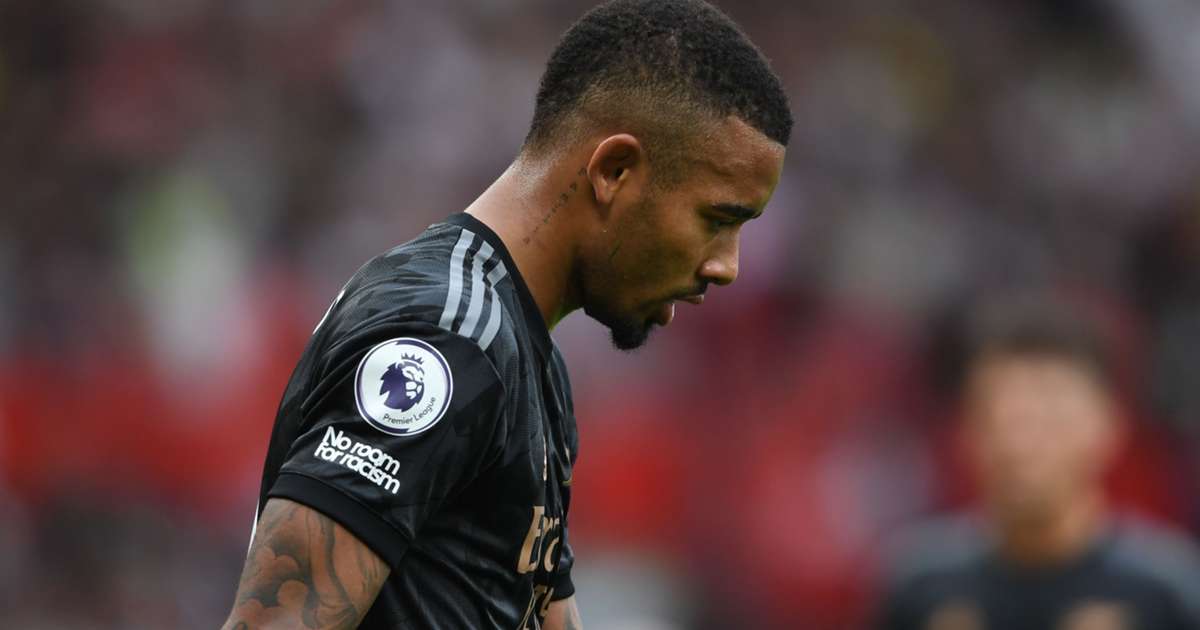 What’s Next for Arsenal and Manchester United?

Arsenal and Manchester United will begin their European campaigns by focusing on the Europa League.

On Thursday, Arsenal will play FC Zurich in the Europa League at the Stadion Letzigrund in Switzerland. On Sunday, three days later, Arsenal will face Everton in the Premier League at Emirates Stadium.

On the other hand, the Red Devils host Real Sociedad in the Europa League on Thursday at Old Trafford. Manchester United will visit Selhurst Park Stadium on Sunday to face Crystal Palace in the Premier League.