Time for Michy Batshuayi to find a Permanent home at Besiktas 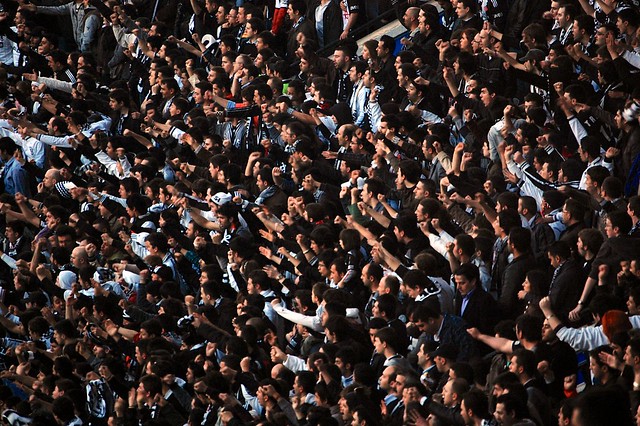 Besiktas fans are delighted at the prospect of Belgian international striker Michy Batshuayi joining up with the club. The 27 year old promises to bring goals to the side and bolster the aims of the Black Eagles on all fronts.

The deal is a loan from parent club Chelsea and Batshuayi is no stranger to these temporary transfers. Since signing for the West London club from Marseille in 2016, he’s been sent out on loan five times to four different clubs.

The striker has impressed and become a fans favourite wherever he’s been but perhaps it’s time to settle down and look for a more stable future, away from the English Premier League.

Michy Batshuayi’s most prolific period at domestic level came during his time with Marseille. In two seasons in Ligue Un, the Belgian scored 33 goals in 75 matches. It’s notable, however, that his return with Chelsea is close to those figures.

In 78 games for the Blues, Batshuayi has found the net on 25 occasions. What is particularly interesting is that he has a modest return of eight goals in 48 matches in the Premier League when he is often on the subs’ bench. Across domestic cup and European competitions, when he is a more regular starter, the striker has a far better ratio of 17 goals in 29 games.

It’s an overall record that suggests Batshuayi could thrive at a club that has faith in him and is ready to offer him a permanent contract.

Reigning Turkish top flight Champions Besiktas will be targeting a successful defence of their trophy this season. Neutral experts are tipping them to do just that while the sportsbooks have Sergen Yalcin’s side as favourites ahead of the new campaign.

Sources attached to asiabet.org have Besiktas leading the way with Galatasaray, Fenerbahce and Trabzonspor some way behind at the head of the chasing pack. Watch out for changes in the outright winner market as the season gets into full swing with asiabet constantly monitoring and updating the odds.

Elsewhere on the website, there will be football related news and opinion. The panel of sportsbooks listing those odds are also open for anyone wanting to sign up. Welcome promotions are often in place while the operators will also look to provide effective customer service along with a range of funding methods.

Besiktas will also be looking to succeed in domestic competitions while making more of an impression in the Champions League. Those are ambitious targets but can Michy Batshuayi’s arrival help the Black Eagles reach those targets?

Besiktas and Batshuayi: The Perfect Pairing

Batshuayi’s scoring stats tell a clear story: When a club trusts him as their main striker, he tends to reward them with goals. With that evidence in front of them, it may be surprising that Chelsea have moved him on. His Belgian teammate Romelu Lukaku may have returned to Stamford Bridge but the Blues have sold Olivier Giroud and Tammy Abraham in this window.

Chelsea’s loss may be Besiktas’ gain but should the Turkish club and the player be looking beyond this season long loan deal? Batshuayi is 27 now and at the stage where he really needs to settle down and play with a club that can guarantee his long term future.

A string of loan deals is no good to a striker in the long term and it is clear that Chelsea do not intend to use him anytime soon. Besiktas have a need for goals in the squad and they can be perfect partners for Batshuayi moving forward.

If his new fanbase wants one final endorsement of his quality, they should consider the striker’s record at international level. In 35 games for the full Belgian side, Batshuayi has found the net 22 times. That’s an impressive return, especially as he often has to wait his turn behind Romelu Lukaku.

It was odd to note that Michy Batshuayi had signed a contract extension with Chelsea only to be sent out on loan immediately. It seems unlikely that he will form any part of their plans moving forward and it must surely be time to end this run of temporary deals.