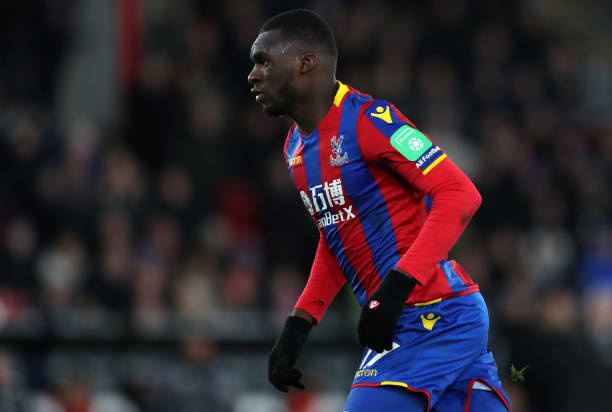 Trabzonspor aiming to beat the competition for Benteke

After celebrating the Süper Lig title this year, the first the club has won since the 1983-84 season, Trabzonspor has already begun turning attention towards the 2022-23 campaign. Given the club will be competing in the UEFA Champions League next season, management is already working hard to strengthen the squad.

One objective is to strengthen attacking options and amongst the key priorities, manager Abdullah Avci is believed to want a powerful centre forward to lead the line. Recently linked with strong interest from Trabzonspor, towering striker Christian Benteke fits that profile to perfection, especially given his uncertain future at English Premier League side Crystal Palace.

Benteke is believed to be weighing up his options and considering a move, amid Trabzonspor and Standard Liege interest, while Antalyaspor have also been linked according to London World reports. They claim the Belgian international is currently thinking very carefully about his future, amidst the possibility that Crystal Palace may be open to receiving offers, given that Benteke’s contract expires in June 2023. These reports have also been quickly echoed by the Turkish media.

Despite being the first-choice centre forward at the start of the 2021-22 season, and extending his contract until June 2023, the emergence of other quality attacking players has reduced the playing time of Benteke at the London club. Since the turn of the year his level of protagonism has waned, largely due to increased competition in the starting eleven from, most notably from French strikers Odsonne Édouard and Jean-Philippe Mateta.

This has led to 31-year-old Benteke playing more of a secondary role, making just 11 starts in the Premier League during the season, with 14 further appearances from the substitutes bench. While his overall contribution in attack has remained important, whenever Benteke has enjoyed minutes on the pitch, his return of goals has also taken a notable hit, scoring just 4 during the 2021-22 campaign.

Considering the 2022 FIFA World Cup in Qatar is just over the horizon later this year, Benteke is undoubtedly keen to guarantee more playing time, hopeful of being part of the Belgium squad that will compete at the showpiece tournament. Bookmakers consider the Belgians to be one of the dark horses at the World Cup, more than capable of reaching the latter stages, having made it to the quarter-finals in 2014 and achieved third place in 2018.

As the most prestigious competition to feature on the international football calendar, the 2022 World Cup in Qatar is already attracting plenty of attention, as leading bookmakers publish their odds. For a full picture of the wagering options and markets available, Asiabet has carefully reviewed the top list of Indian football betting sites, rating those with the most competitive odds and bonus promotions.

Belgium national team boss Roberto Martinez has always been a keen admirer of Benteke, although ahead of the 2022 World Cup, he will undoubtedly want to select from options who have been playing regularly. Mindful of what could be his last appearance at a World Cup tournament, Benteke doesn’t want to miss out and is understandably weighing up his options, which could open the door for Trabzonspor to make their move.

Economically speaking and thanks to their participation in the lucrative Champions League, there’s little doubt that Trabzonspor could offer Benteke a competitive salary package, although some haggling will clearly be required. Benteke is currently one of the highest-paid players at Crystal Palace, believed to be earning around €120,000 each week, which might be difficult for the Turkish club to match.

Another potential stumbling block is that Benteke and his family are settled in London, while remaining in the English capital is believed to his preferred option, amidst the belief that he might stay at Crystal Palace and fight for his place in the team. Nevertheless, amidst the increased competition his now faces, Benteke could be tempted by a switch to the city of Trabzon and the Black Sea coast.

Several media outlets in Turkey say that Trabzonspor has already made initial contact, speaking with the representatives of Benteke to express their interest, keen to make him a key part of their plans ahead of the 2022-23 season. The next step would be putting solid offers on the table, both to the player and his current club, aware that Crystal Palace may seek a transfer fee of around €5 million to let the striker leave.