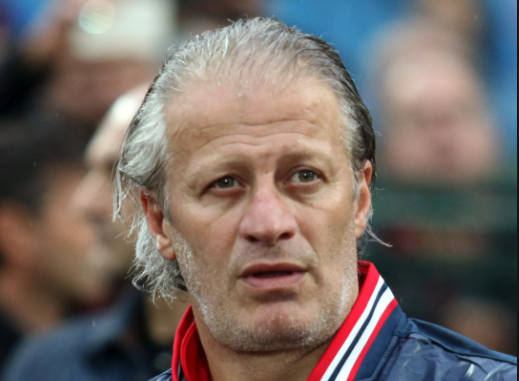 Anyone old enough to remember the English Premier League between 2001 and 2009 would have witnessed some of the league’s best midfielders of all time. Paul Scholes, Frank Lampard, Steven Gerrard, Patrick Viera, and Roy Keane instantly spring to mind but for many, a rather unsung hero was at worst their equal.

Tugay Kerimoğlu, who played for Blackburn Rovers is widely lauded as being one of the best midfielders to have played in the Premier League, and especially the best Turkish midfielder to have done. Tugay has already won 6 top division titles in Turkey but had struggled in Scotland with Rangers when Blackburn signed him for little over a million pounds.

He was 30 and theoretically in the last few years of his career. As it panned out, that was not to be the case as he played on until he was 38. He is still the oldest foreign player to score in the PL having scored at that age.

Known for sensational long-range goals, a knack for volleying, and a complete range of passing and vision, it did not take Tugay to attract admirers. Alex Ferguson is on record as saying if Tugay was 10-years younger he would be playing for Manchester United. Graeme Souness, the man who signed and managed him said similar when asked if he wished he was younger. His answer was, no, as he would be playing for Barcelona.

Currently, there are just two Turkish players in the Premier League but it would be difficult to class them as among the best of all time just yet. If you’ve not seen how they are getting on, you can catch Caglar Soyuncu and Cenk Tosun regularly via 101greatgoals.com live streaming.

Emre Belzoglu was a big name and hugely successful Turkish player when he arrived at Newcastle United many years ago but despite enjoying a few decent seasons, even he would admit that he did not have as big an impact as Tugay. Yildilray Basturk and Hakan Suker are other legendary names to have played in the PL, ironically with Blackburn but their appearances were fleeting.

The only real contender to Tugay’s crown as the best Turkish player to play in the Premier League is Muzzy Izzet. Scoring 37 goals in 260 appearances for Leicester City, Izzet is London born but qualified to represent Turkey through his father. While more prolific, Izzet played further forward while Tugay was a deep lying playmaking midfielder.

His Closest Rivals Do Not Qualify

Izzet is as close as it gets but most fans would conclude that Tugay is still far and away the best Turkish player to grace the Premier League. That said, there would be a case for an argument if the likes of Mesut Ozil, Ilkay Gundogan, and Emre Can, all with very strong Turkish roots, had chosen to represent Turkey.

Ozil especially, has had a long and successful career in the Premier League, even if it has gone a little sour at the end. He is reportedly close to agreeing to a mutual cancellation of his contract at Arsenal and likely to be playing elsewhere in the not too distant future. Rumours suggest that that club may be Fenerbahce.

Could Tugay Ever Be Bettered?

If a player better than Tugay was to represent Turkey in the Premier League, it would be some player. So for that reason, let’s hope that Tugay is one day knocked off the top spot!