Erling Haaland has scored an incredible 40 goals in 31 games across all competitions this season.

The 19-year-old striker has established himself as one of the most exciting strikers in European football.

Being from Norway you might have thought the nickname ‘King of the North’ would be an appropriate nickname but Haaland feels that title belongs to somebody else.

Haaland named Alexander Sorloth the ‘King of the North’ on Instagram.

The praise from the Borussia Dortmund striker resulted in 1339 replies. 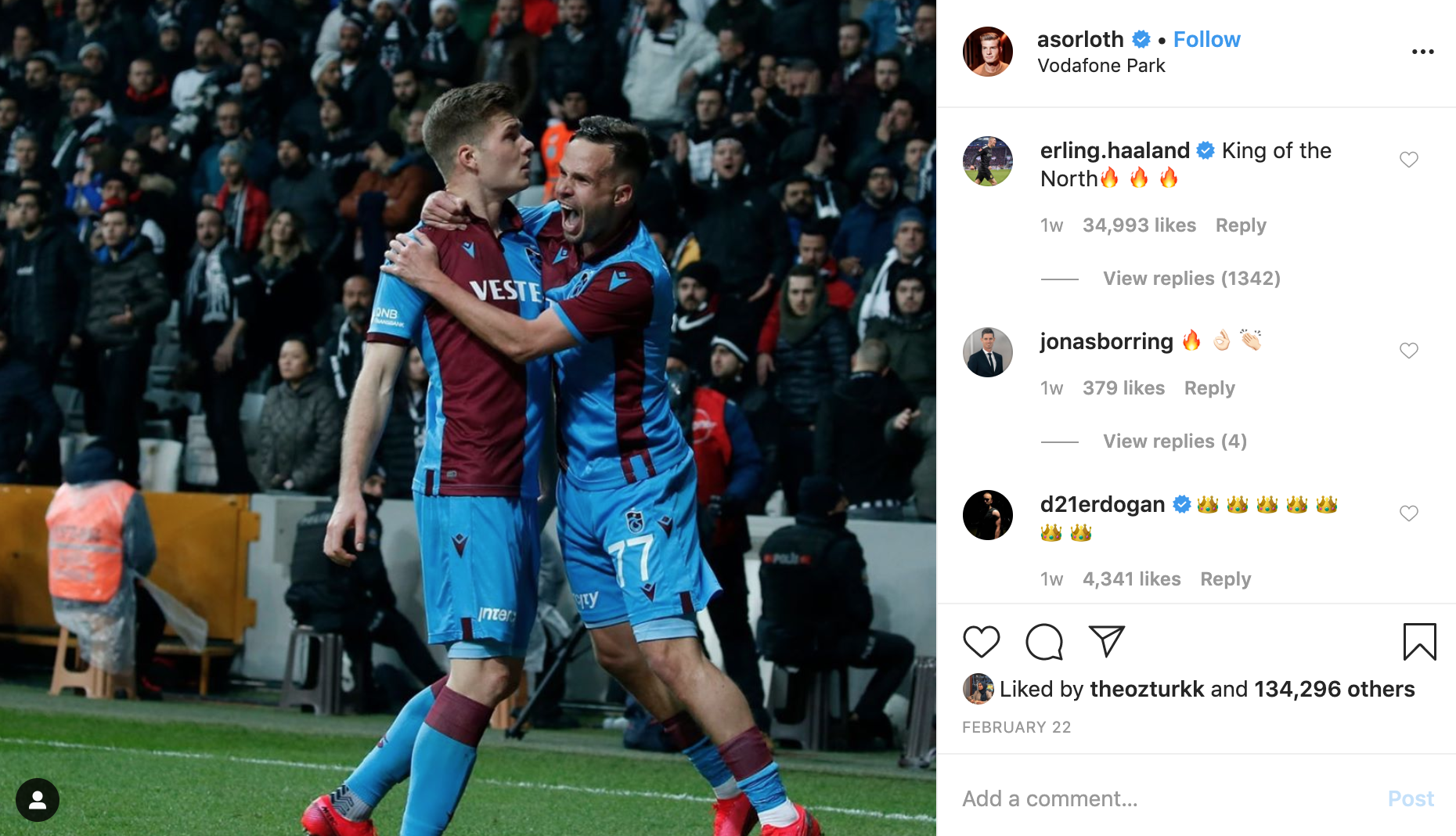 Crystal Palace fans may be wondering what Haaland is doing praising a striker who failed to score a single Premier League goal last season.

But Sorloth has been in great form on loan for Trabzonspor.

In fact, he has been directly involved in 31 goals this term – 24 goals and seven assists.

Sorloth’s goals have propelled Trabzonspor to the top of the Super Lig table and his side are also in the semi-finals of the Turkish Cup.