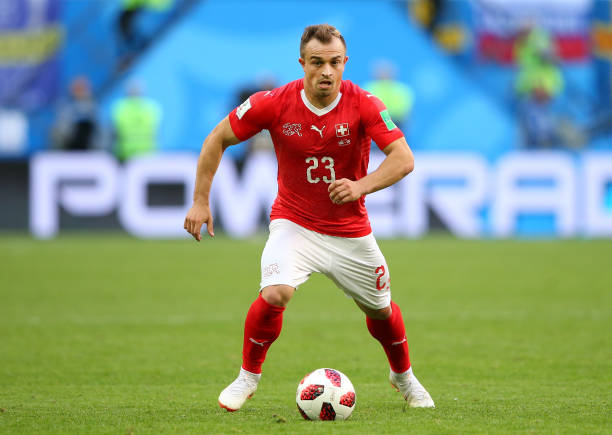 Fenerbahce have made an offer for Liverpool winger Xherdan Shaqiri according to Sabah.

Per the source, the Reds are open to selling Shaqiri but want €7m.

READ: Leicester City target Liverpool defender amid transfer reports that Ozan Kabak may not be signed on permanent move

The Yellow Canaries meanwhile, want to loan the Switzerland international with a buy option at the end of the season.

Fenerbahce have made the Reds a formal offer and are currently waiting for a response.

Liverpool sporting director Michael Edwards is could let up to 12 players this summer amid plans to revitalize the squad according to Goal.

Shaqiri is reportedly among the names that could be allowed to leave.

Shaqiri has two years remaining on his contract but is reportedly unhappy with his lack of playing time and has instructed his agent to look for another club.

In total the 30-year-old has eight goals and nine assists in 63 appearances for Liverpool in all competitions.

Galatasaray were closely linked with Shaqiri last season but failed to secure a deal.

The Yellow Canaries have not won the Super Lig since 2014.