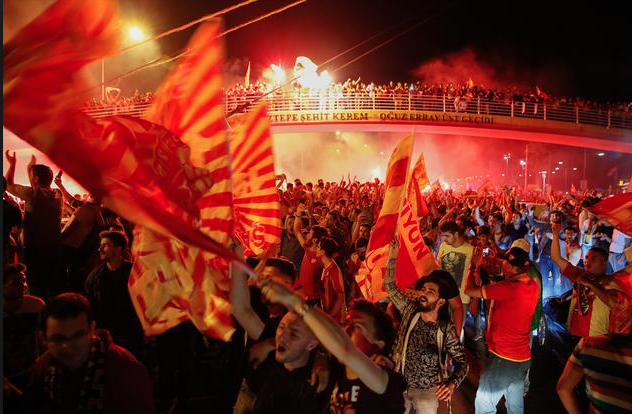 The Izmir based club responded to the reports; Talat Papatya, the deputy chairman told Demirören News Agency, that not only has there not been a takeover but Abramovic has not reached out to anyone at the club.

“We read in the media that Abramovich took over the club. No such thing. We will make the necessary announcement when the talks on these issues reach a certain maturity,” he said.

Abramovich is currently in the process of selling Premier League outfit Chelsea,

The Russian oligarch put the Blues up for sale last month after being sanctioned by the UK government following the Russian invasion of Ukraine.

Abramovich had his assets been frozen in the UK and the EU as a result of measures taken against Russia.

Goztepe is up for sale after Mehmet Sepil who brought the club for $7.5 million in 2014.

Sepil resigned from his role on March 21 but will officially part ways in May after seeing the transition of the club to new management.

Under the reign of Sepil the Izmir-based side moved from the Turkish third league to the top flight.

Abramovich’s $600 million luxury superyacht, Solaris is, however, currently in Turkey, in the tourist resort of Yalikavak in the southwestern province of Mugla but it is unknown whether he is on the yacht.