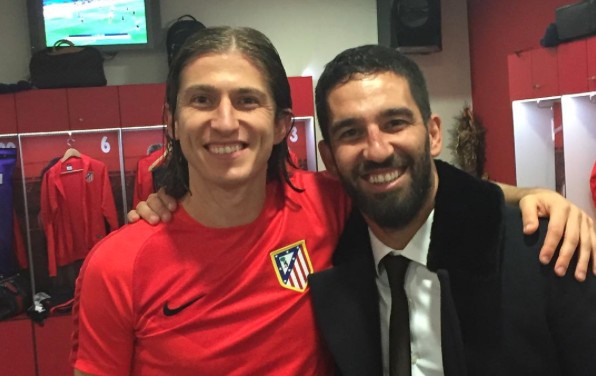 Atletico Madrid booked a place in the Champions League Last 16 following their 2-0 win over Galatasaray.

Former Atleti star Arda Turan joined his ex teammates after the game in the changing room and did not miss the chance to take selfies with his pal Filipe Luis after the game.

Luis shared the picture with the bearded winger on his Instagram alongside the caption: “Atleti 2 x 0 Galatasaray. I miss you too much my friend @ardaturan.” 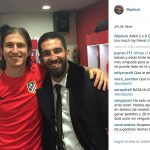 Turan won just about everything there is to win in club football alongside Luis from the La Liga to the Europa League and European Super Cup.

The Turkish international did of course also play for Atleti’s opponent Galatasaray. In fact he rose through the Lions youth ranks and first made a name for himself with the Istanbul giants.

Turan could end up facing his former side in the Champions League Last 16 depending on the draw. The 28-year-old has not been able to play for Barcelona due to the FIFA transfer ban but will return in time for the next round of Champions League game.